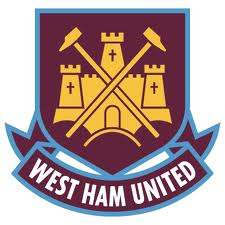 On 5 July 1900, a new club rose from the ashes of Thames Ironworks FC. Calling themselves West Ham United, the new club went on to win three FA Cups and two international trophies while launching the careers of some of football's biggest stars.

Built from the remains of Old Castle Swifts FC, Thames Ironworks served as the works team for the Thames Ironworks and Shipbuilding Co. The team was successful, winning the London League in 1898 and the Southern League's second division in 1899, but disbanded in June 1900 over disputes about the club's administration and financing. On 5 June 1900, the club was relaunched as West Ham United.

West Ham were elected to the Football League in 1919 and rose to the top tier in 1923. That year, they reached the FA Cup Final, but lost to Bolton Wanderers 2-0. They eventually won their first FA Cup in 1964, led by Bobby Moore and Geoff Hurst. That team went on to win the Cup Winners' Cup in 1965, while Moore and Hurst helped England to World Cup glory in 1966.

Two more FA Cups followed in 1975 and 1980, and they were one of the three winning finalists in the 1999 Intertoto Cup. Meanwhile, they launched the careers of such luminaries as Trevor Brooking, Paul Ince, Rio Ferdinand, Joe Cole, and Frank Lampard.

Since their election to the Football League in 1919, West Ham have moved regularly between the top two tiers of English football. They were recently relegated from the Premier League and will play in the Championship for the 2011-12 season.
Posted by Brian Seal at 12:01 AM