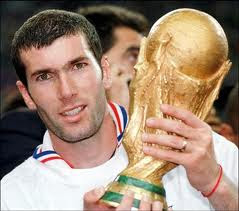 Going into the match, Brazil appeared to have the edge on offense with a powerful attack that included the likes of Ronaldo--who had scored four goals in the tournament--as well as Bebeto, Rivaldo, and César Sepaio, who had scored three goals each. For France, meanwhile, only Thierry Henry (3) and Lilian Thuram (2) had scored more than once. Defensively, however, France had the advantage, having conceded only two goals in the earlier rounds while Brazil managed to keep only a single clean sheet.

Ronaldo was doubtful for the match, having gone into convulsions the night before, but Brazil made a very late decision to include him in the starting lineup. Playing before a crowd of approximately 75,000 at the Stade de France in Saint-Denis, Zidane provided the opening goal with a header in the 27th minute. It was the first goal of the tournament for the Juventus star, who then provided a second in quick fashion, doubling the lead right before the break.

Although the French defensive midfield pair of Didier Deschamps and Christian Karembeu did well to disrupt the Brazilian attack, Ronaldo still had a couple of decent chances, but was unable to convert. Even after France went down a man in the 68th minute after Marcel Desailly received a second yellow card, the Brazilians could not take advantage. Midfielder Emmanuel Petit then provided the capstone to the victory with a goal in the 90th minute.

It was the completion of an annus miribilis for Zidane, who had already won that year's Serie A title and reached the Champions League final with Juventus. He went on to claim the 1998 Ballon d'Or and the FIFA Player of the Year award as well.