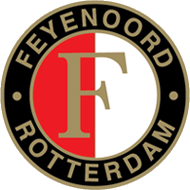 On 19 July 1908, a football club named Wilhemina was founded in a Rotterdam pub. Now known as Feyenoord, they have become one of the most successful clubs in the Netherlands, with a slew of domestic and international titles, including the 1970 European Cup.

The original name last less than a year, but they went through a couple of others--Hillesluise FC and RVV Celeritas--before becoming Feijenoord in 1912 after their local borough in Rotterdam (the club amended the name to "Feyenoord" in 1973). Success followed shortly afterward, as they claimed their first league title in 1924, then captured four more (and two Dutch Cups) by 1940.

Since the establishment of the Eredivisie in 1956, Feyenoord have won an additional nine league titles, most recently in 1999. Their total haul of 14 places them third among Dutch clubs, behind only Ajax (30) and PSV Eindhoven (21).

After winning the league in 1969, Feyenoord entered the 1969-70 European Cup and defeated Celtic in the final to become the first Dutch club to win a major European trophy (though they were quickly caught then passed by Ajax, who won the next three tournaments). They went on to win that year's Intercontinental Cup and later added two UEFA Cups (1974, 2002) to their international honors.

Their league and international form dipped after 2002, but they continued to collect silverware by taking the KNVB Cup in 2008 and remain one of the few clubs never to have been relegated out of the Eredivisie.