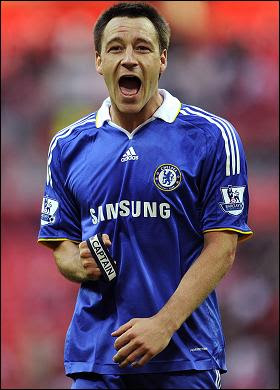 On 27 July 2007, Chelsea captain John Terry became the highest-paid player in Premier League history. For a while, anyway.

The Blues had just completed a three-year run in which they won the league twice (2005, 2006), then finished as runners-up to Manchester United (2007). They also won the FA Cup and the League Cup in 2007. Terry, who was also the England captain at the time, had two years remaining on his existing contract that paid him a reported £67,000 per week, well behind teammates Michael Ballack and Andriy Shevchenko, who were both earning close to £120,000.

Terry's contract negotiations dragged out over a couple of months, but the defender maintained throughout that he had no intention of leaving the club. In July, Chelsea rewarded his loyalty with a new five-year deal that paid him close to £135,000 per week to surpass the record previously held by Ballack and Shevchenko. But Terry's status as the league's best-paid player did not last long. In August 2008, Chelsea signed midfielder Frank Lampard to a new deal worth £140,000 per week (which triggered an increase in Terry's pay to the same level). Even then, they both were well behind AC Milan midfielder Kaká and Inter striker Zlatan Ibrahimović, both of earned close to £166,000 per week.

In 2010, Manchester United smashed the Premier League record by signing Wayne Rooney to a 5-year deal worth a reported £250,000 per week.
Posted by Brian Seal at 12:01 AM