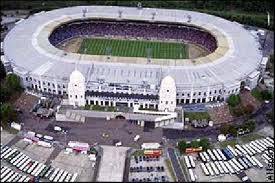 On 24 July 1998, the FA granted Arsenal's request to move their upcoming Champions League matches from Highbury Stadium to Wembley. Although the switch allowed the Gunners to play before a larger audience, it proved to be an unwise decision.

At the time, Wembley had a capacity of about 70,000, almost double that of Highbury. In defending the move, Arsenal issued a statement claiming that "[i]f the matches were to be played at Highbury, more than 6,000 season ticketholders, junior Gunners and concessionary groups would have been relocated to other parts of the ground" and that "[m]any thousands of Arsenal supporters would have been excluded from the games completely."

Manager Arsène Wenger supported the venue change, but noted the risk, saying "[w]e may be less comfortable at Wembley, but it is a big occasion to play there and we will have more support." And, indeed, the Gunners struggled in their matches there. In two Champions League seasons, they played a total of six matches, winning two, drawing two, and losing two, and failed to advance out of the group stage both times.

In preparation for the construction of a new Wembley, the original stadium was closed in 2000. Arsenal's Champions League matches returned to Highbury, where they went undefeated in the tournament, though they were eliminated by Valencia in the quarterfinals under the away goals rule.