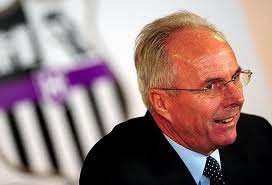 On 22 July 2009, Notts County introduced Sven-Göran Eriksson as their new director of football. It marked a return to England for the Swede, who had previously managed the English national team and Manchester City, but it did not last long.

Eriksson, who had enjoyed success as a manager in Sweden, Portugal, and Italy before taking the England job in 2001, had just finished a disappointing 8-month stint in charge of Mexico's national team, promised big things for Notts County, then in League Two. According to Eriksson, the club's new owners, a Middle Eastern finance consortium, were determined to send Notts County to the Premier League. They demonstrated their commitment by signing a couple of high-profile players in Manchester City goalkeeper Kasper Schmeichel and Portsmouth center back Sol Campbell.

But although Eriksson signed a 5-year deal with Notts County worth a reported £2 million per year, the situation darkened quickly. Campbell left the club in September after making only one appearance. In November 2009, an unpaid tax bill prompted the Football League to open an investigation into the club's new ownership structure, resulting in the new owners selling the club that December. Then, in February 2010, Eriksson resigned. (It wasn't all bad for County, though, who went on to win promotion to League 1 for the 2010-11 season.)

Eriksson moved on to manage the Côte d'Ivoire national team in the 2010 World Cup, then returned to England once more in October 2010 as manager of Leicester City.
Posted by Brian Seal at 12:01 AM