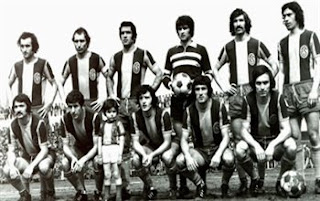 On 2 August 1967, Trabzonspor Kulübü was founded in the Turkish city of Trabzon.

The club formed from the merger of several rival Trabzon clubs, including fierce local rivals Idmangücü and Idmanocaĝi. The merger was not voluntary, but was forced by the Turkish Football Federation, who demanded the unification of all clubs within the same city in order to strengthen the teams and increase the competitiveness of Turkish football.

Originally admitted into the Turkish Second Division, Trabzonspor earned promotion to the top tier Süper Lig for the 1974-75 season. They were successful almost immediately, winning their first league title in 1975-76, becoming the first team outside Istanbul to do so. They finished either first or second for the next eight seasons.

Trabzonspor won their last league title in 1983-84, but remain one of Turkey's "Big Four" clubs, along with the Istanbul triumvirate of Fenerbahçe, Galatasaray, and Beşiktaş J.K. They finished the 2008-09 season in third place.
Posted by Brian Seal at 12:01 AM