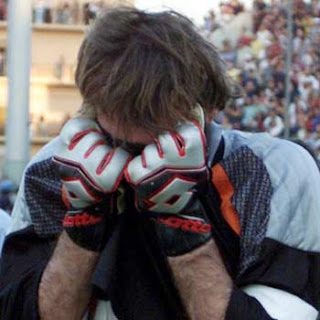 Reggina was founded in 1914 as Unione Sportiva Reggio Calabria in the southern Italian city of Reggio Calabria on the Straits of Messina, just across from the island of Sicily. It underwent several name changes over the years, settling on Reggina in 1986. It has spent recent years bouncing back and forth between Italy's top two divisions, Serie A and Serie B.

During the investigation in 2006, the club were in Serie A, having earned promotion in 2003. The FICG found Reggina guilty of match-fixing during the 2004-2005 season, in which Reggina finished in 13th place out of 20 Serie A teams. The prosecutor asked for Reggina to be demoted to Serie B, but the FICG instead applied a 15-point deduction for the following season. The deduction was reduced on appeal to 11 points, but additional penalties remained, including a club fine of £68,000 and a fine of £20,000 on club President Pasquale Foti, who also received a 2.5 year ban from football.

Despite the points deduction, Reggina finished the 2006-07 season in 14th position with 40 points, just one point above the relegation zone. They were relegated two years later, however, and are currently back in Serie B for the 2009-2010 season.
Posted by Brian Seal at 12:01 AM