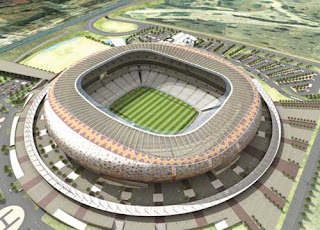 The victory was significant for the young Bafana Bafana, whose racially-unified team had been established only five years prior and were now pushing for the top of African football as one of only five sides qualifying from the CAF.
Their trip to the World Cup was short-lived, however, as a loss (to France, 3-0) and two draws (with Denmark, 1-1, and Saudi Arabia, 2-2) placed them third in their group and prevented them from advancing to the knockout rounds.
Posted by Brian Seal at 12:01 AM