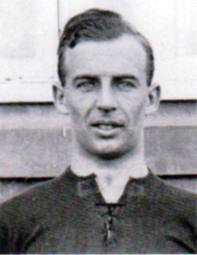 On 7 October 1917, Denmark whipped Norway in a friendly 12-0 despite starting the match a man down.

The imbalance was caused by Danish defender Johannes Hansen, who--for reasons that remain unclear--chose to get a pre-match haircut that delayed the opening whistle. The Norwegians agreed to the delay, but Swedish referee Ernst Albihn went ahead and started the match after learning that Hansen had arrived at the stadium in Copenhagen, even though he was not on the pitch.

As it turned out, it didn't make any difference. Even with the brief disadvantage in numbers, Denmark's Michael Rohde scored in only the 6th minute. At the half-hour mark, they were up 4-0 with a hat-trick from Rohde's club teammate, Victor Klein (both played for B 93). Rohde then scored another before the break to stretch the lead to 5-0.

The second half was even worse for Norway. They managed to avoid another goal until Paul Berth's 68th-minute strike, but then the dam burst as Kjøbenhavns Boldklub forward Poul Nielsen (pictured) rattled off five straight goals in a span of just over ten minutes (70', 74', 76', 78', 80'). A final score from Alf Olsen in the 83rd minute ended the barrage and set the final margin at 12-0.

The match remains Norway's biggest defeat.
Posted by Brian Seal at 12:01 AM