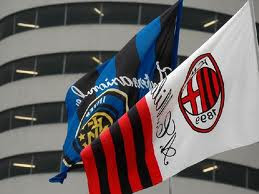 On 18 October 1908, AC Milan and Inter played the first Milan derby. In Switzerland.

The match came just over seven months after Inter's formation. They had previously been part of AC Milan, but split in March 1908 over a dispute about the propriety of signing foreign players (Inter favored it, hence the adoption of "Internazionale" as their name).

The first meeting between the two clubs came in the Coppa Chiasso, a tournament played in the the Canton of Ticino in southern Switzerland. Milan won the first two editions, played in 1906 and 1907, which consisted of three and four teams, respectively. For the 1908 tournament, the field expanded to six teams, including the newly formed Inter. The two Milanese teams reached the final which Milan won 2-1.