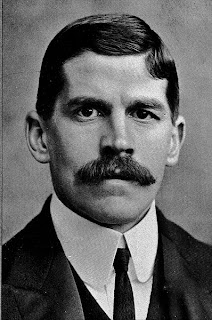 On 9 October 1866, Charles Wreford-Brown was born in Bristol. Although he twice captained the English national team, his lasting legacy may be the invention of the term "soccer" to refer to association football.

The Football Association formed in 1863 and quickly set about creating a set of rules for their game, which they called association football to distinguish it from the other types of football played at the time, such as rugby football. According to legend, Wreford-Brown was a student at Oxford when a group of fellow students invited him to play a game of rugby, which they nicknamed "rugger." He reportedly responded that he preferred "soccer" and the new name stuck.

Wreford-Brown's love of the sport led him to play for England and he captained the team twice (in 1894 and 1895, both against Wales). He later served the sport in a legislative capacity, representing Old Carthusians and later Oxford in the Football Association. He also chaired England's international selection committee.

The term "soccer" fell out of favor in England around the turn of the 19th century as the lower classes became more involved in the game, but it continues to be used regularly around the world.
Posted by Brian Seal at 12:01 AM