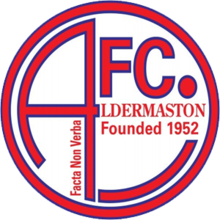 On 8 April 2010, AFC Aldermaston were on the wrong end of a new English record after losing their 40th straight match.

Three days earlier, Alderston matched the previous record of 39, set by Stockport United in 1977, when they suffered a crushing 0-6 defeat to Tadley Calleva FC. But they had hopes of ending the streak there; on 8 April, they made it to the 86th minute level with hosts Downton FC despite being down to ten men. Downton dashed those hopes by scoring twice in those last few minutes to end the match 2-0.

Afterward, Aldermaston chairman Damion Bone identified several reasons for the poor run of form, stating "It's an accumulation of lots of things. We lost a lot of players at the start of the season, always struggling to get players to turn out for long mid-week games, going away from home."

Aldermaston ended the streak in their next match, drawing 1-1 with Warminster Town, then recorded their first win of the season on 14 April by beating Petersfield Town 2-1. It was too late to save the club from relegation, however, and they dropped out of the Wessex League to their current home in England's 11th tier, the Hampshire Premier League.
Posted by Brian Seal at 12:01 AM