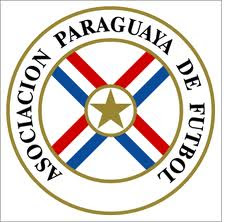 On 30 April 1949, Paraguay secured their record victory, beating Bolivia 7-0 in the Copa América.

Dating back to 1910, the national team of Paraguay had finished as runners-up in the tournament three times, but had never won it. By the time they played Bolivia in 1949, they were again in second place, just behind Brazil, after losing to Uruguay ten days earlier.

Playing before a crowd of 45,000 at Rio de Janeiro's Estádio São Januário, Paraguay looked determined to maintain their title challenge with a first-half hat-trick from Jorge Benítez. Forward Dionisio Arce added a fourth before the break. They contributed another goal each in the second half, while Pedro Fernández joined them on the scoresheet. It was a crushing defeat for Bolivia, but not their worst of the tourney--they had already lost to Brazil 10-1 earlier that month.

Paraguay went on to beat Brazil 2-1 in the last scheduled match. The win drew the teams level in the table, forcing a playoff. That match ended 7-0, but Paraguay were on the wrong end that time as Brazil claimed their third Copa América title. Paraguay did eventually win the tournament in 1953 and again in 1979.

In 2010, Paraguay matched the 7-0 scoreline with a win over Hong Kong in a post-World Cup friendly.
Posted by Brian Seal at 12:01 AM