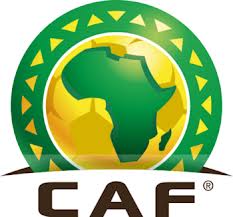 On 30 January 2010, the Confederation of African Football suspended Togo from the African Cup of Nations and fined them for withdrawing from the tournament after the team was attacked by gunmen.

The attack occurred on 8 January as the team was traveling by bus to the 2010 Cup of Nations. Shortly after crossing the border from the Republic of the Congo to the Angolan province of Cabinda, a group of Angolan rebels opened fire on the buses with machine guns, killing three people and wounding several others, including two players. Afterward, Togo withdrew from the competition and called for other teams to boycott it.

The CAF offered their condolences to the team, but took issue with Togo's withdrawal. In particular, the organization was bothered by the timing, as Togo did not formally give notice of their decision until the day after their first scheduled match.

The Confederation met on 30 January to consider Togo's actions and announced their decision that day. Citing the Togolese government's decision to bring the team home as an infringement on CAF regulations, they fined the team $50,000 and banned them from the next two editions of the Cup of Nations.

Togo Interior Minister Pascal Bodjona called the CAF's decision "insulting to the family of those who lost their lives and those traumatized because of the attack" and threatened to take immediate legal action. The CAF eventually lifted the bans in May 2010, but Togo failed to qualify for the 2012 tournament.
Posted by Brian Seal at 12:01 AM