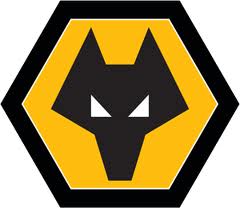 On 24 January 1912, Wolverhampton beat Watford 10-0 in a first-round FA Cup replay after being held scoreless in the first meeting.

And the previous match, played on 13 January at Watford, truly was the first meeting between the two teams, who at the time played in different leagues (Wolves were in Division Two of the Football League while Watford were members of the Southern League). It ended as a scoreless draw, forcing a replay at Molineux eleven days later.

The return home made a world of difference for Wolves, who rolled to a 10-0 victory with goals from Halligan (3), Needham (2), Brooks (2), Harrison, Hedley, and Young. Despite the impressive scoreline, it fell short of their record of 14-0, set against Crosswell's Brewery in the FA Cup in November 1886.

Wolves, who had already won the tournament twice (1893 and 1908), advanced to the second round, where they beat Lincoln City before falling to Blackburn Rovers in the third. Since then, they've reached the final four times, winning it in 1949 and 1960.