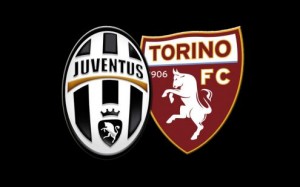 The two clubs share a history, with Torino forming in 1906 as an offshoot of Juventus. When members of the older club, founded in 1897, considered moving the club out of Turin, a group that included Alfredo Dick created a new club to guarantee a continued presence in the city. The derby's name comes from Turin's  landmark building, the Mole Antonelliana.

They met for the first time in the 1907 Italian Championship, playing a two-legged tie for the right to represent Piedmont in the final round. Torino hosted the first leg at the Velodrome Umberto I and won 2-1 with goals from Federico Ferrari Orsi and Hans Kempher (Juve's goal was scored from the penalty spot by Ernesto Borel). They then won the return leg 4-1 to advance 6-2 on aggregate, but lost the title to Milan.

Since then, the teams have played a total of 226 times, with Juventus winning 92, including the most recent meeting on 1 December 2012. Torino have won 72 times.