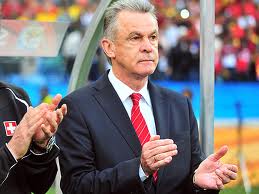 On 12 December 1949, two-time Club Coach of the Year Ottmar Hitzfeld was born in Lörrach, West Germany.

But he rose to prominence with Grasshopper Zürich, where, between 1988 and 1991, he guided the team to two league titles and two Swiss Cups. That earned him a move to the Bundesliga where he led Borussia Dortmund to the championship in 1995 and 1996, then lifted the Champions League trophy in 1997. The latter performance led the IFFHS to name him their Club Coach of the Year.

He then moved to Bayern Munich, where he won another four Bundesliga titles, including the 2001 title when he also claimed a second Champions League trophy. That year, IFFHS again made him their Club Coach of the Year.

Hitzfeld left Bayern in 2004, but returned for a second spell in 2007 and won yet another league title, then left in 2008 to manage Switzerland, his current team.