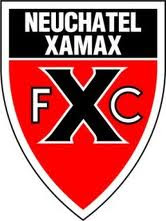 On 18 January 2012, the Swiss Football League expelled Neuchâtel Xamax for financial irregularities, ending the reign of Bulat Chagaev, one of football's most bizarre owners.

Founded in 1970 from the merger of FC Xamax and FC Cantonal Neuchâtel, the club won the Swiss league title in 1987 and 1988, but declined shortly afterward. In 2006, they were relegated for the first time in club history. Although they returned to the top flight in 2007, they continued to struggle.

Chagaev, a Russian businessman, took over as the club's new owner in May 2011 and promised a cash infusion to return Xamax to their former greatness. Signs soon appeared, however, to suggest that his control would not be smooth, starting when the club filed a lawsuit to stop an investigation into the source of Chagaev's wealth.

The situation grew stranger at the start of the 2011-12 Super League season, with Chagaev going through three different managers in the span of a month and firing staff and players immediately after bad losses. During the season, the SFL imposed an eight-point penalty on the club for "irregularities" in player payments.

The last straw came in January 2012. Suspecting Chagaev of forging a financial security document, they revoked the club's license and suspended them from the league. The club folded later that month. Shortly afterward, a new club--free of Chagaev's influence--formed under the name Neuchâtel Xamax 1912 and entered the Swiss league's fifth tier for the 2012-13 season.
Posted by Brian Seal at 12:01 AM