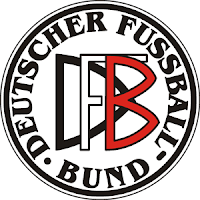 On 28 January 1900, the German Football Association was founded in Leipzig. It went on the create one of the world's top national teams and one of the top leagues.

German football traces its origins to 1874 with the formation of the country's first club, the Dresden English Football Club. As more teams sprouted up, they coalesced into a variety of regional leagues and competitions. By 1900, many of the clubs sought to introduce a national organization, including the establishment of a national championship and a national team.

So in 1900, representatives of 86 different clubs met in Leipzig to vote on the creation of a new national association. Out of a total of 84 votes cast, the final tally was 62 in favor and 22 against and the Deutscher Fußball-Bund was born.

The DFB originally maintained the regional competitions, but consolidated them into a national title, first won by Leipzig in the 1902-03 season. Five years after that, the German national team played their first match, a 5-3 loss to Switzerland.