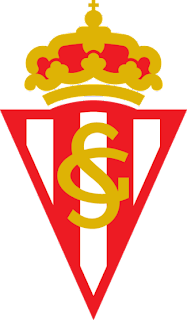 On 8 February 1998, Sporting de Gijón ended a record run of futility with their first win in 25 matches.

After ending the previous La Liga season on 22 June with a draw at Oviedo to claim a 15th-place finish, Sporting started the 1997-98 season by losing their first six matches. They claimed their first point of the new season in their seventh match, then proceeded to lose their next five. Counting the one from the previous season, they stretched their winless streak to 24, with 20 losses and only three draws, setting a Spanish record in the process.

They finally broke the run with a 2-1 victory over Racing Santander on 8 February. Unfortunately, it was one of only two wins for them all season and they finished the year at the bottom of the table and were relegated to the Segunda División. They remained there for a decade, eventually winning promotion back to the top flight for the 2008-09 season.
Posted by Brian Seal at 12:00 AM