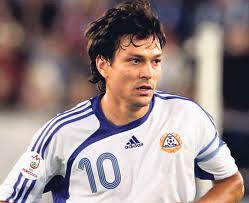 On 20 February 1971, Finnish striker/midfielder Jari Litmanen was born in the city of Lahti. He went on to become the national team's all-time leading scorer, playing for them in four different decades.

After leaving Ajax, he one and a half relatively quiet seasons with Barcelona, then joined Liverpool in January 2001. In his first season there, he collected four trophies--the UEFA Cup, the UEFA Super Cup, the FA Cup, and the League Cup--then won a fifth--the Community Shield--at the start of the next season.