19 February 2009 - They Were Just Saving Their Strength For Later 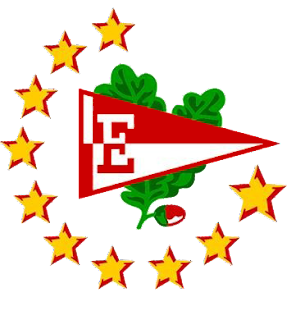 On 19 February 2009, Estudiantes got their Copa Libertadores campaign off to an inauspicious beginning, losing 3-0 to Cruzeiro in the group stage. They later rallied, however, and ended up getting their revenge in the final.

The Argentinians nearly missed out on the tournament altogether after losing to Sporting Cristal 2-1 in the first leg of their qualification round. But they won the second leg 1-0 and advanced thanks to their away goal.

Their first match of the group stage was away to Cruzeiro, played before a crowd of almost 34,000 at the Mineirão. There, after holding the hosts to a scoreless draw in the first half, they conceded a 63rd-minute penalty which was converted by Cruzeiro left back Fernandinho. That goal opened the floodgates, as substitute striker Kleber scored twice more in the next ten minutes, first beating the keeper from a tight angle with a low ball to the far post (69'), then getting the ball past him in a one-on-one (72') to finish the match at 3-0.

Estudiantes won the rematch 4-0 in La Plata and advanced to the knockout rounds as group runners-up behind Cruzeiro. They beat Libertad, Defensor Sporting, and Nacional to reach the final, where they again faced Cruzeiro and won 2-1 on aggregate to claim their fourth Copa Libertadores title (their first since 1970).