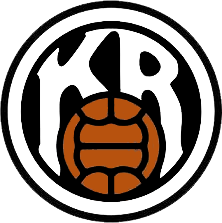 On 16 February 1899, Icelandic club Knattspyrnufélag Reykjavíkur were founded. The country's oldest club, they have since gone on to become its most successful club as well, with a record 26 league titles.

Known as "KR," they play in black and white striped shirts, reportedly adopted from Newcastle. They won their first title in 1912, then won it again in 1919. A relative dry spell followed before they picked up another title in 1926, but they dominated the league afterward, winning six of the next eight.

KR fell off a bit in the latter half of the twentieth century, failing to win a single title in the Seventies or Eighties, and winning only one--the 1999 championship--in the Nineties. But that sparked another run of success that led to their record 256th title in 2014. It was followed the next year by a record 14th Icelandic Cup.