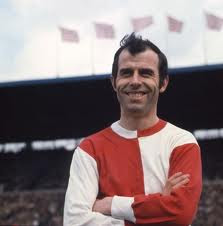 A quick and agile left-winger, compatriot Johan Cruyff once praised Moulijn, saying "Coen mastered one movement better than anyone: threatening to pass his opponent through the center, and then speeding past him on the other side. He was an exceptionally talented football player. A typical product of the Dutch school." He began his professional career at neighboring Xerxes, but moved to Feyenoord after one season and spent the remainder of his career there, making over 500 appearances between 1955 and 1972. Along the way, he helped guide the team to five league titles and two Dutch Cups.

But he reached the pinnacle of his career in 1970 when Feyenoord won the European Cup over Celtic, 2-1. Throughout the tournament, Moulijn provided pinpoint service to his teammates Ove Kindvall and Ruud Geels, allowing them to finish as the competition's second and third-highest scorers that season, respectively.

After his retirement in 1972, he remained in Rotterdam and stayed involved with the club. Feyenoord later called him their greatest player and erected a statue of him outside the stadium in 2009. He passed away in January 2011 at the age of 73.