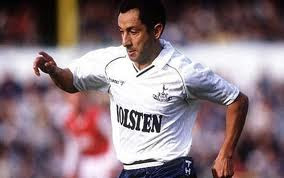 The midfielder made his professional debut in 1973 for Argentinian club Instituto Atlético Central Córdoba and he earned his first international cap for Argentina's senior side that same year. Five years and two clubs later (Belgrano, 1974, and Huracán, 1975-78) he was a regular for the national team, starting in every match but one of Argentina's World Cup-winning campaign.

After the 1978 World Cup, he moved to Tottenham where he quickly became a fan favorite along with his fellow Argentinian teammate Ricardo Villa. The central midfield pair brought success to Spurs, helping them win back-to-back FA Cups in 1981 and 1982 (during that time, Ardiles also co-starred with Sylvester Stallone, Michael Caine, and Pelé in the 1981 film Victory and recorded the single "Ossie's Dream" with Chas & Dave in 1981). Villa left in 1983, but Ardiles remained and went on to win the 1984 UEFA Cup with Tottenham. He left Spurs in 1988, but returned to manage the club briefly from 1993 to 1994.

In 2008, he and Villa were jointly inducted into Tottenham's Hall of Fame.