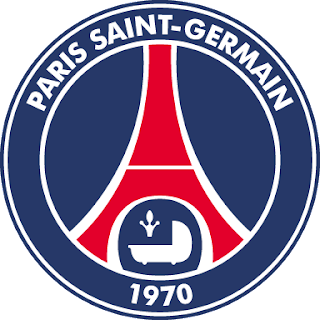 On 12 August 1970, two French clubs merged to form a new team. Known as Paris Saint-Germain, it is now the longest-tenured club in Ligue 1 and was the first French team to win a major European trophy.

The merger was the result of a push to bring a top-level club to the capital. At the time, no club from the city had won Division One since RC Paris did it in 1936 (and they were from the suburb of Colombes) and no team had even finished in the top half of the Division 1 table since RC Paris finished second in 1961. But RC Paris had since fallen out of the top-flight, leaving perennial strugglers Red Star FC as the city's only Division 1 club.

The proponents of a new team started by creating a shell club called Paris FC in 1969 and quickly started looking to flesh it out through a merger with another club. They eventually settled on Stade Saint-Germain, a club from a nearby suburb that had been founded in 1904 and had just won promotion to Division 2 for the 1970-71 season.

Taking Saint-Germain's league spot, the newly-combined PSG won promotion to Division 1 in their first season, but struggled to a 16th place finish in 1972. After that second season, tensions arose over the fact that the "Saint-Germain" in the team's name was not strictly part of the capital. The club split, with Paris FC splintering off and keeping the team's position in the top flight, while the still-named PSG assumed amateur status and dropped down to the third division. By 1974, however, PSG returned to Division 1 while Paris FC had fallen into Division 2. PSG have remained in the top flight ever since.

They took their first Division 1 title in 1986 and added another in 1994. They have also won the Coupe de France eight times and in 1996 won the UEFA Cup Winners' Cup with a 1-0 win over Rapid Wien.

After a fourth-place finish in 2011, PSG were purchased by a group of Qatari investors who have infused the club with money and ambition. They recently acquired high-profile players such as the midfield trio of Javier Pastore (€43m), Blaise Matuidi (€10m), and Jérémy Menez (€8m) and expect to challenge for the league title.
Posted by Brian Seal at 12:01 AM