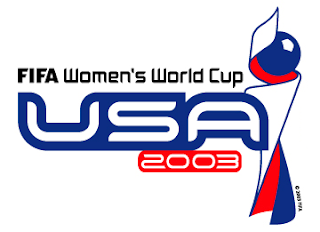 On 3 May 2003, FIFA announced that that year's Women's World Cup, scheduled to start in September, would not be hosted by China as originally awarded.

FIFA had selected China as hosts back in October 2000, choosing them over Australia despite the fact that the Chinese had already staged the 1991 tournament. But in the Spring of 2003, China suffered an outbreak of a virus causing severe acute respiratory syndrome, better known by its acronym SARS. By May, the epidemic had caused over 6,000 illnesses and 400 deaths, most of which occured in China and Hong Kong.

Amid concerns over the health of their athletes, several governing bodies canceled events that had been scheduled to take place in China that year, including the world track cycling championship, the women's ice hockey world championship, and several WNBA exhibition games, all of which had been moved before FIFA made their decision.

FIFA selected the United States to replace China as hosts. The US had hosted the previous tournament in 1999 and FIFA believed that experience would allow the US to best organize the tournament on such short notice. And, indeed, the tournament went ahead as scheduled, with Germany emerging as the eventual winners.

In order to compensate China for losing the 2003 tournament, FIFA alowed them to keep their automatic qualification status for that year and also named them as hosts for the 2007 tournament, which went off without a hitch (and was also won by Germany).
Posted by Brian Seal at 12:01 AM