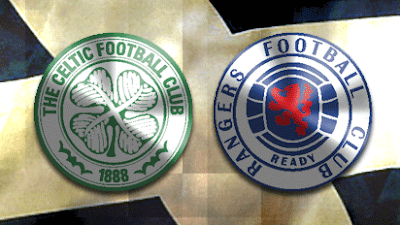 On 28 May 1888, newly-formed Celtic FC played their first official match, a 5-2 win against Rangers. Newspaper reports from the time state that the match was friendly both in name and spirit, in contrast to what the meeting would become.

Celtic were founded the previous November in the Calton district of Glasgow by Brother Walfrid, whose chose the name "Celtic" to emphasize the area's Irish heritage. It was a decision that linked the new club with Edinburgh's Hibernian, founded in 1875. Indeed, Celtic borrowed several Hibernian players for the match against Rangers (and would later sign several of those players the following August to Hibernian's detriment).

Accounts of that first Celtic-Rangers match are sparse, but show that Neil McCallum scored Celtic's first goal of the day, and thus their first-ever goal in an official match.

The Glasgow derby has since become one of the most hotly-contested rivalries in football, with Celtic and Rangers usually fighting one another for the Scottish league's trophies. To date, they have played a total of 387 matches in the league, the Scottish Cup, and the Scottish League Cup, with 155 Rangers wins, 139 Celtic wins, and 93 draws. Between them, they have 95 league titles - Celtic have 42, while Rangers have 53, including the last two.
Posted by Brian Seal at 12:01 AM