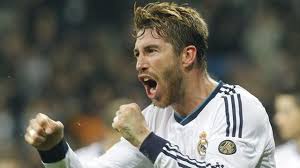 He started his professional career with Sevilla's B team in 2003 and joined the first team the following year, making 39 appearances. His strong performance that season led to him being named the 2005 La Liga Breakthrough Player of the Year and attracted the interest of Real Madrid, who signed the then-19-year old center back that summer for €27M (funded in part by the €20M sale of forward Michael Owen to Newcastle).

Despite joining a team full of Galácticos, Ramos jumped right into the starting line-up, with more than thirty league appearances in each full season since moving to Madrid. There, he won back-to-back La Liga titles in 2007 and 2008, as well as the 2011 Copa del Rey.

He has also enjoyed success with Spain, winning two European Championships around the 2010 World Cup in which he started every match.