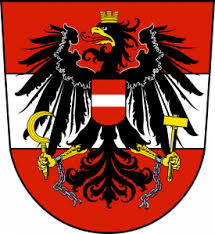 On 18 March 1904, the Austrian Football Association formed in Vienna and soon controlled one of Europe's most dominant teams.

The national side actually predated the creation of the association, playing a three-game series with Hungary between October 1902 and October 1903, but the establishment of the new governing body opened the door for them to join the newly-founded FIFA in 1905.

They chose not to participate in the first World Cup in 1930, despite being one of Europe's strongest teams. Under manager Hugo Meisl, they played an unbeaten streak of fourteen matches from 1931 to 1932, earning the nickname "Wunderteam," then finished fourth in the 1934 World Cup.

With Germany's annexation of Austria in 1938, the Austrian team ceased to exist as a separate entity until the  end of World War II. During qualification for the 1950 World Cup, they withdrew, claiming that the re-formed team was too inexperienced to compete in the tournament. But four years later, they finished third, which remains their best finish in a World Cup.

Since then, they have failed to recapture their past glory, participating in only four of thirteen World Cups from 1962 to 2010.