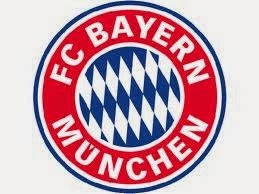 On 27 February 1900, eleven football players in Munich split from their previously-existing sports club to form FC Bayern Munich. The new club would go on to become one of the world's most successful clubs, winning a record 24 league titles, a record 17 German Cup trophies, and eight European trophies.
Those eleven players were members of Münchner TurnVerein 1879, which focused primarily on gymnastics. When a majority of the club decided not to allow their footballing contingent to join the German Football Association, the eleven left the club and started their own, selecting Franz John to be the new club's first president.
Bayern enjoyed early regional successes, then won their first national title in 1932 under coach Richard Kohn. Kohn, who was Jewish, left the club in 1933 to escape the Third Reich, and Bayern went into a fallow period that lasted throughout the war years. By the mid-1960s, however, they had started a resurgence behind players such as Franz Beckenbauer, Gerd Müller, and Sepp Maier.