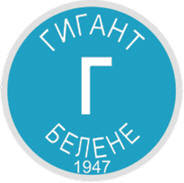 On 4 October 2009, a Bulgarian third division match ended after only four minutes due to injuries.

The match between hosts Gigant Belene and visitors Chavdar Byala Slatina was promising, with Gigant sitting second in the table at the start of the day. But a combination of injuries and suspensions left them with only eight players available for kick-off. Within four minutes, two additional Gigant players suffered injuries and had to leave the match.

Under the rules, each side must have at least seven players on the pitch, so when Gigant dropped to six, the referee had no choice but to stop the match and award the points to Chavdar as a forfeit. The match was recorded as a 3-0 win for the visitors.

At the time, it was the shortest match ever played in Bulgaria. But the record lasted less than six months - in March 2010, Gigant traveled to Belogradchik with only seven available players, one of whom picked up a match-ending injury in the first minute.

Gigant eventually finished the season in 11th place, while Chavdar topped the table and won promotion to the second division.
Posted by Brian Seal at 12:01 AM