29 October 1933 - When Crossing The Border Crosses The Line 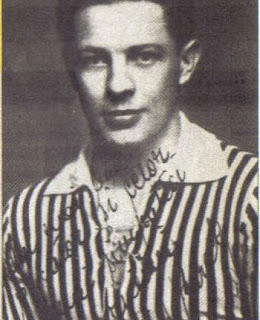 On 29 October 1933, Switzerland and Romania drew 2-2 in a World Cup qualifier. FIFA, however, later concluded that the Romanians had used an ineligible player and awarded the Swiss a 2-0 win instead.

The controversial match was the second in the three-team qualification group that also included Yugoslavia. The Swiss had already drawn with Yugoslavia, while Romania had not yet played. The teams met at the Wankdorf Stadion in Bern, where the visitors went up 0-2 with goals from forwards Gratian Sepi (18') and Stefan Dobay (65'). Switzerland pulled back within one after a score from forward Erwin Hochstrasser (75'), then midfielder Ernst Hufschmid converted an 80th-minute penalty to earn what they thought was a draw.

After the match, Swiss officials complained to FIFA that Romania had illegally included forward Iuliu Baratky (pictured). Baratky had made nine appearances for Hungary between 1930 and 1933, making him ineligible to play for neighboring Romania. In response, FIFA recorded the match as a 2-0 Swiss victory. Romania went on to defeat Yugoslavia 2-1 to qualify for the tournament anyway.