15 November 2006 - The Reign Of Spain Starts After This Game 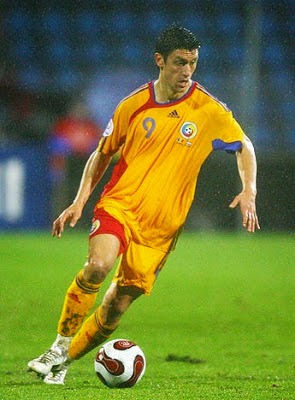 On 15 November 2006, Romania defeated Spain, 0-1, in a friendly played in Cadiz. The match was Spain's last loss before going on a world record-setting run of 35 matches unbeaten, a streak that also saw them win the 2008 European Championship.Spain limped into the match against Romania, having been eliminated from the 2006 World Cup by France in the first knockout round and losing their last two matches, a couple of 2008 UEFA Euro qualifiers against Northern Ireland and Sweden. Manager Luis Aragonés shook up his side for the match, calling up Valencia star David Silva for his senior debut along with Celta Vigo's Angel Lopez and Sevilla's Javi Navarro.

Silva threatened a couple of times during a scoreless first half, but Romanian striker Ciprian Marica notched the match's only goal when he beat Iker Casillas with a low second-half shot into the far corner.
Spain rallied after the loss, rattling off a string of 35 unbeaten matches (32 wins, 3 draws) over the next three years. The highlight of that streak was the 1-0 win over Germany in the 2008 UEFA Euro Final. The United States finally ended the run, beating Spain 2-0 on 24 June 2009 in the semi-finals of the 2009 Confederations Cup.