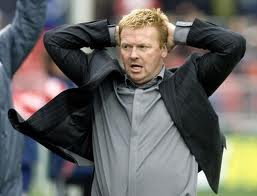 He had enjoyed a lengthy and successful career as a striker in Scotland and England, winning league titles with both Celtic and Rangers. In 1996, he arrived in the US to play for the Kansas City Wizards and propelled them to the MLS Cup title in 2000 before retiring the following year. Then, in 2003, he moved into management, joining the New York/New Jersey MetroStars as an assistant to new manager Bob Bradley.

Bradley's time in New York was brief; the club--rebranded as the New York Red Bulls--dismissed him on 4 October 2005 and named Johnston the interim head coach, removing the "interim" tag just over two weeks later. But Johnston's tenure proved even shorter, as he was undone by only two wins in their first twelve matches of the 2006 season.

Johnston resurfaced as manager of Toronto in 2007, but was reassigned after one season and became the club's Director of Soccer. That position ended in 2010 as Toronto sacked Johnston along with their manager, Preki.