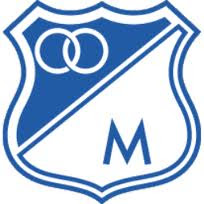 On 18 June 1946, Club Deportivo Los Millonarios was officially founded in Bogotá. They have since become one of the most successful teams in Colombia with a shared-record thirteen top-flight titles.

Although they trace their history back to 1937 when students from two schools united to form a team, Millonarios emerged as a true club in 1946 thanks to the efforts of their first chairman, Alfonso Senior. In 1948, Senior then founded Colombia's first professional league, the Dimayor, which promptly split with FIFA to operate as a renegade league.

Removed from FIFA's restrictions on professionalism, the new league was able to attract many star players with financial incentives that other leagues could not match. Millonarios, which had originally been called Deportivo Municipal, earned their new name by signing high-priced River Plate stars Adolfo Pedernerna, Néstor Rossi, and Alfredo di Stéfano. Nicknamed the Ballet Azul for their stylish play, that side dominated the early years of the Dimayor, winning the league in 1949, 1951, 1952, and 1953 (they were runners-up to Deportivo Caldas in 1950).

Since then, they have finished as champions nine more times, but won their most recent title in 1988. During the ensuing barren stretch, their rivals America won seven titles to share the record of 13.

In 2002, Millonarios suffered through a financial crisis that threatened to end the club, but they are currently on their way to recovery and finished in second place in the 2011 aggregate table.
Posted by Brian Seal at 12:01 AM