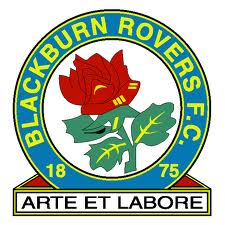 On 5 November 1875, a meeting at the St. Leger Hotel led to the founding of Blackburn Rovers. They went on to become the only Premier League champions to drop out of the top flight.

Arthur Constantine and John Lewis organized that first meeting--with fifteen other people in attendance--for the purpose of forming a new association football club. Although they originally adopted green and white quartered shirts, they soon changed them in favor of the blue and white halves that the continue to use at present.

They played their first match in December 1875 and grew quickly into a dominant club, winning three straight FA Cups in 1884, 1885, and 1886, then two more in 1890 and 1891 (a sixth followed in 1928). They also became a force in the new Football League, winning the title in 1912 and 1914.  But they were relegated to the second division in 1936 and have spent the intervening years vacillating between the top two flights (with a handful of seasons in the third division during the 1970s).

Rovers were promoted back to the top flight in 1992, just in time for the first Premier League season which they finished in fourth place. A second-place finish followed in 1993-94, then they won the league in 1995 led by top scorer, Alan Shearer. They remain one of only five teams to lift the Premier League trophy, along with Manchester United, Arsenal, Chelsea, and Manchester City.

That success proved difficult to maintain in the ensuing seasons, however, and Blackburn were relegated in 1999. They returned to the Premier League after two seasons, but were again relegated in 2012 and currently play in the Championship.
Posted by Brian Seal at 12:01 AM