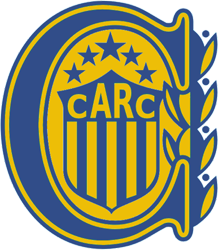 On 24 December 1889, a group of English railroad workers in Argentina's Santa Fe province founded the Central Argentine Railway Athletic Club. Now known as Rosario Central, it has become one of the country's most distinguished clubs.

The club is one of the oldest existing in Argentina, forming just over twenty years after the introduction of football to the country by English expatriates in 1868. They dominated the local Rosario League, winning a total of twelve titles between 1908 and 1938, including four straight from 1914 to 1917.

In 1939, they joined the national Argentine league, but waited until 1971 to win their first national title. They have since won three more, most recently in 1987. They also claimed international glory in 1991, winning the Copa CONMEBOL (the precursor to the Copa Sudamericana).