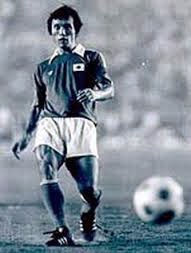 On 27 September 1967, Japan opened their Olympic qualification campaign with a record 15-0 win over the Philippines.

Japan had advanced farther than any other Asian team at the 1964 tournament, reaching the quarterfinals before losing to eventual runners-up Czechoslovakia, and were expected to reach the 1968 competition with little difficulty. But few could have expected just how easy their first qualifier would be.

The result was a sign of things to come for the Japanese, who topped their qualification group. At the Olympics in Mexico, they advanced to the bronze-medal match, where they beat the hosts 2-0. Both goals came from Kamamoto, who went on to become Japan's all-time leading scorer.
Posted by Brian Seal at 12:01 AM