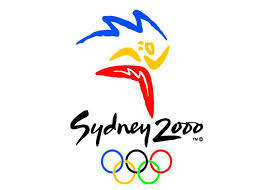 On 14 September 2000, the Norwegian women's team kicked off the Olympics with a loss to the US, but they got their revenge in the final.

It was only the second time women's football had appeared at the Olympics. The United States won the first tournament in 1996, while Norway finished third. The two teams met in the semifinals, where the US advanced thanks to a 100th-minute golden goal from Shannon MacMillan.

They were drawn into the same group for the 2000 tournament and opened against each other at the Melbourne Cricket Ground. MacMillan was still on the team, but this time the damage was done by her teammates Tiffeny Milbrett (18') and Mia Hamm (24').

Despite the loss, Norway finished second to the US in the group and both teams advanced. They eventually reached the final, where Norway got a late goal from Dagny Mellgren (102') to win the gold medal 3-2 (a.e.t.).
Posted by Brian Seal at 12:01 AM