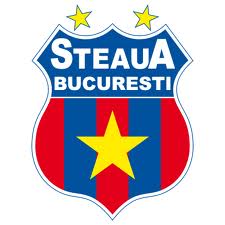 On 9 September 1989, Steaua Bucureşti lost their first domestic match in over three years when rivals Dinamo Bucureşti finally ended their unbeaten streak at an incredible 119 games.

That run stretched back to the first match of the 1986-87 season when Steaua, who already were the defending Divizia A and European Cup champions, beat Argeș Pitești 1-0 on opening day. Led by midfielder Gheorghe Hagi, who had signed for them the previous winter, they went undefeated that season, winning the league with a record of 25 wins and 9 draws. They also won that season's Cupa României, beating Dinamo in the final.

After winning their first two matches of the 1989-90 season, Steaua hosted Dinamo on 9 September, where the visitors proceeded to win 0-3. That result ended Steaua's domestic unbeaten run at a staggering 119 matches, consisting of 113 wins and only 16 draws. It remains the longest recorded streak in the history of the sport.