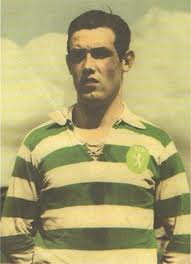 Gabriel Hanot, editor of the French magazine L'Equipe, spurred the creation of the tournament, originally named the European Champions' Club Cup. The magazine selected sixteen initial participants--each from a different country--chosen to represent a cross-section of the best European clubs (though some of their preferred teams, such as Chelsea, declined the invitation). They were then placed them directly into a two-legged knockout round.

Sporting were chosen from Portugal despite finishing the previous season in third place. Partizan had fared even worse, finishing fifth in the Yugoslavian league.

A crowd of 33,000 watched that first match, played at Lisbon's Estádio Nacional, and were rewarded when Sporting midfielder João Martins (pictured) scored the opening goal in the 14th minute. Partizan winger Miloš Milutinović equalized in the 45th minute, then put the visitors ahead five minutes later. At the same time, the referee compounded Sporting's frustration, ejecting defender João Galaz from the match.

Despite being down to ten men, Sporting drew level with a 60th-minute goal from winger Joaquim Almeida, then fell behind again after a Partizan forward Stjepan Bobek in the 73rd before Martins salvaged a draw, scoring his second of the day in the 78th minute.

Partizan went on to win the second leg 5-2 on 12 October (with Milutinović scoring four) to advance to the quarterfinals, where they lost to eventual champions Real Madrid.