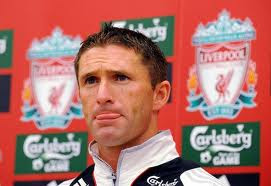 On 28 July 2008, Tottenham confirmed the £19M sale of striker Robbie Keane to Liverpool, but his stay at Anfield lasted barely 6 months.

His success drew the attention of Liverpool, who pried him away from Spurs. The four-year deal included £1.3M in performance incentives that raised the total value to a potential £20.3M. Upon arriving in Liverpool, Keane announced that he had "been a Liverpool fan all [his] life" and that the move was "a dream come true."

But it was a short-lived dream, as he failed to replicate his previous form. After only five goals in nineteen league appearances, Liverpool sold him back to Spurs for £12M. He later went on loan to Celtic and West Ham before joining the LA Galaxy in 2011.