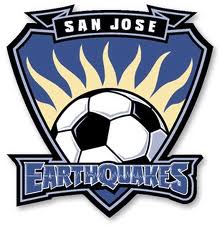 On 18 July 2007, MLS Commissioner Don Garber announced that the San Jose Earthquakes would be returning to the league after a two-year absence.

The Earthquakes were one of the ten founding members of MLS, though they were initially known as the San Jose Clash. In 1999, they changed their name to the Earthquakes, taking it from the defunct NASL team. Two years later, driven by manager Frank Yallop and midfielder Landon Donovan, they won their first MLS Cup, then repeated as champions in 2003.

Despite their success, frustration over their inability to build a soccer-specific stadium led the owners to move the team to Houston for the 2006 season. MLS, however, decreed that the team's name, colors, and records would remain in San Jose while the Houston team was rebranded as the Dynamo and went on to win the MLS Cup in 2006 and 2007.

The league added Toronto as an expansion team in 2007, then, when the time came to add another team for 2008, selected San Jose. The new Earthquakes joined the league for the 2008 season and finished dead last, with only eight wins out of thirty matches.

Although they have yet to replicate the success of their previous incarnation, they reached the MLS Cup semifinals in 2010 before losing to that season's eventual champions, Colorado, and at present, they sit at the  top of the MLS table with two-thirds of the season gone.