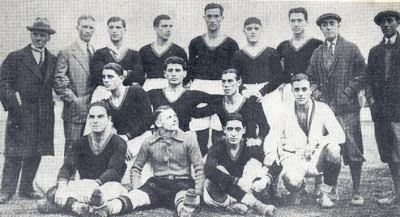 On 22 July 1927, Roma held their first meeting, consolidating three previously-established clubs from the Italian capital. They have since gone on to win a total of twelve domestic trophies.

The new club was the idea of Italo Foschi, who wanted to create a strong club in Rome to challenge the powerful teams from Northern Italy. He approached the city's four major teams--Alba-Audace, Fortitudo-Pro Roma, Lazio, and Roman FC--with all but Lazio agreeing to the merger. (Lazio and Roma now share the same stadium and contest the heated Derby della Capitale). They held their first official meeting in an office near the center of the city at 35 Via Uffici del Vicario, where they adopted the maroon and orange colors of the city standard and selected a wolf, taken from the legend of Romulus and Remus, as their symbol.

Roma quickly established themselves as a national power, finishing as runners-up to Juventus in 1931, then again in 1936. They finally captured their first league title in 1942, finishing three points clear of Torino, but then went another forty-one years before winning their second title in 1983. They won a third title in 2001 and most recently finished seventh in the 2011-12 season. They have had more success in the Coppa Italia, winning it nine times between 1964 and 2008.