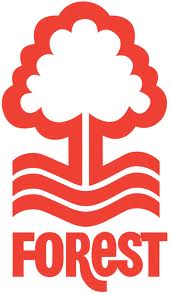 On 22 April 1978, Nottingham Forest won the league with a scoreless draw at Coventry City. They were the fifth (and to date last) team to win the English top flight as a newly-promoted team.

The rise was orchestrated by the managerial team of Brian Clough and Peter Taylor, who took charge of the club in January 1975. At the time, Forest were a mid-table Division Two team whose only major honors were the 1898 and 1959 FA Cups. Although they finished sixteenth out of twenty-two teams that first season under Clough and Taylor, they ended the 1975-76 season in eighth, then claimed the last promotion spot the following year with a third-place finish.

They got a strong start on their return to the top flight, winning seven of their first nine matches to take a firm grip on first place. They remained there for the rest of the season.

By the time they visited Coventry City, Forest were six points clear of second-place Everton, who had only three matches left to play (Forest had five remaining). At the time, teams earned two points for a win, so even a draw with Coventry would have put Forest out of Everton's reach. And a draw is what they got, as the match finished 0-0 to secure Forest's first top-flight title with four games left.

Before that, Liverpool (in 1906), Everton (1932), Tottenham (1951), and Ipswich Town (1962) each had won the league as newly-promoted teams, but Forest remain the last to do it. They were also the first to do it without being promoted as Division Two champions.

Their success continued under Clough and Taylor, with back-to-back European Cups in 1979 and 1980.
Posted by Brian Seal at 12:01 AM