20 September 2009 - Seriously, Nobody Noticed That The Window Was Closed? 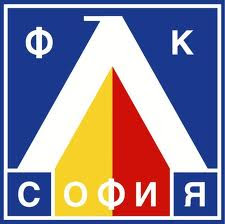 On 20 September 2009, Levski Sofia lost to their rivals CSKA Sofia 2-0 due in part to the absence of four key players. But it was the reason for the absences that made international headlines.

Earlier that month, the defending Bulgarian league champions received a fax from Russian Premier League champions Rubin Kazan offering to buy the four players--center back Youssef Rabah, right back Zhivko Milanov, midfielder Darko Tasevski, and winger Zé Soares--for a total of €7 million. The quartet traveled to Russia on 19 September to meet with Rubin and undergo medical examinations. As a result, they missed the match against CSKA.

When the players arrived in Russia, Rubin denied any interest in the players and claimed no knowledge of the purported offer. Indeed, the Russian transfer window was closed. The supposed transfer was a hoax.

Speaking about the incident, Tasevski said "I feel oppressed and I'm angry. Things could've been different if we played against CSKA." The match proved to be critical, as Levski finished one point behind CSKA in the final table (though they were both well behind champions Litex Lovech).

A subsequent investigation revealed that several large bets were placed on CSKA to win the derby, leading to speculation that the transfer hoax was intended to tip the scale in favor of a CSKA victory. To date, the culprits remain unidentified.
Posted by Brian Seal at 12:01 AM