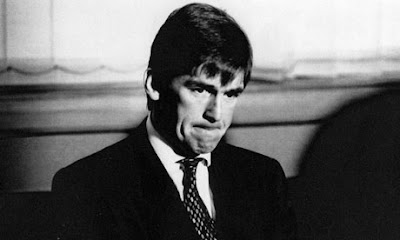 On 22 February 1991, Kenny Dalglish resigned as Liverpool manager after guiding the club for five and a half seasons. During that period, they won three league titles and two FA Cups.

He got his start at Anfield in 1977 when then-manager Bob Paisley spent a British record £440,000 to bring him from Celtic as a replacement for recently-departed striker Kevin Keegan. He soon became a fan favorite and a key contributor, winning five league titles, four League Cups, and three European Cups under Paisley and Paisley's replacement, Joe Fagan and earning the nickname "King Kenny."

When Fagan retired in May 1985, Dalglish took over as player-manager only hours before the Heysel stadium disaster. But despite that tragedy marking his debut, he led Liverpool to the Double the following season. More success followed, including the 1988 and 1990 league titles and the 1989 FA Cup. But more tragedy followed, as well, in the form of the Hillsborough disaster which claimed the lives of 96 people, all of whom were Liverpool supporters.

Less than two years later, Dalglish resigned as manager, clearly suffering from the effects of both Heysel and Hillsborough in addition to the pressures of management. But he returned to the touchline eight months later for Blackburn and led them from the Second Division to the 1995 Premier League title--their first league title since 1914.

After further spells with Newcastle United (1997-98) and Celtic (1999-2000), he returned to Anfield in 2009 as club ambassador. He was a popular candidate to replace Rafa Benitez in June 2010, but the job went instead to Roy Hodgson. Hodgson lasted barely half a season, though, and Dalglish returned as manager in January 2011.