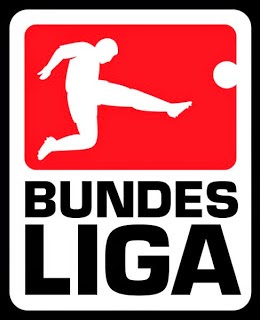 On 28 July 1962, the Bundesliga was created in the West German city of Dortmund. The Bundesliga is the top tier of the German football pyramid, with promotion from and relegation to the second tier, known as the 2d Bundesliga.

Football in Germany dates back to the 1870s, when it was introduced by English expatriates. The locals quickly took to the sport and, by 1900, had created so many clubs that the need for some administration was apparent. On 28 January 1900, representatives from 86 clubs met in Leipzig and founded the Deutscher Fußball-Bund ("DFB"). Although the DFB administered football across the nation, it was essentially a collection of regional leagues.


By the 1950s, German football's status began to drop, as many of Germany's best players left for other countries and the German national team struggled in international competitions. Critics blamed the decline on the DFB's league structure, which at that time consisted of five separate regional leagues known as the Oberligen, and issued calls for a national professional league.


On 28 July 1962, after the West German national team was eliminated from the World Cup by Yugoslavia, newly-elected DFB President Hermann Gösmann approved the creation of the new 19-team national league to begin play in the 1963-64 season. 46 clubs from the five Oberligen applied for the 19 available spots, but the five Oberligen champions for 1962-63 earned automatic inclusion, leaving 41 teams to compete for the final nine spots. The remaining teams were ultimately chosen based on a formula that assigned value to their league finishes and cup appearances.


The Bundesliga played its first season in 1963-64 as scheduled, with FC Köln claiming the first title.
Posted by Brian Seal at 12:01 AM